Something is Better Than Nothing…or Is it? 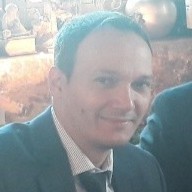 Handheld Raman devices have been around for over a decade utilizing the classic advantages of testing nondestructively with fast results. This is extremely appealing to safety and security applications, as users typically do not want to disturb unknown materials they are working with and need the analysis with confident answers as fast as possible. With essentially no operation costs, handheld Raman analyzers can be found to be used anywhere from forensic analysis to processing large quantities at a border crossing or airport.

However, analysis provided by first generation devices utilizing a 785 nm laser excitation came with compromises, which resulted in restrictions for the user. The user was not able to easily analyze or identify many so-called “real-world” substances. As a result, other technologies would have to be used that would make up for this gap caused by the 785 nm-based devices’ invisible "range.”  When we talk about the invisible “range,” we talk about materials that are physically absorbing the outgoing laser beam. That results in a scattering effect of the beam, which contains the necessary information (i.e. the chemical fingerprint) needed to identify the sample. Instead, it is sending noise to the detector.  This process is known as fluorescence, which interferes in the ability to receive a clear fingerprint, and is typical of colored or impure samples.

Because of this limitation, materials can more easily be masked by creating simple mechanical mixtures. A simple physical mix of two powders or liquids can lead to an impossible identification of any material inside that mixture. This leads to many problems in global security as identifying suspected chemicals can be like looking for a needle in a haystack.

One precursor that can normally be identified with any 785 nm-based device can be simply masked by adding small quantities of a material that is blocking the signals, such as ethanol. Ethanol can be identified with any 785 nm laser-based device when in pure state. When the ethanol is added to red wine or other colored beverages the identification will fail. Now, dissolve a narcotic in the colored beverage and the identification will also fail. In the end, the alcohol and water can simply be evaporated and the narcotic recovered. Because of this, many precursors will reach their final destination and could be used to build explosives or to manufacture narcotics. Not only do precursors pose problems for the 785 nm laser, finished products such as MDMA in colorful ecstasy pills or heroin cannot be identified either.

Even with these limitations for identification of real-world substances, the 785 nm-based system was still accepted and established, as there was no other solution like it at the time. Thus, the operator accepted the device because “something was better than nothing.”

Rigaku recognized the limitations of the first generation handheld Raman analyzers, and introduced the ResQ portfolio of instruments. Rigaku focused on developing 1064 nm Raman-based technology as the heart for its product line and really transformed Raman technology into the next generation of handheld field-ready tools. The Rigaku ResQ and ResQ CQL were the first solution on the market to eliminate the analytical and performance limitations that users had struggled with when using traditional 785 nm-based devices. 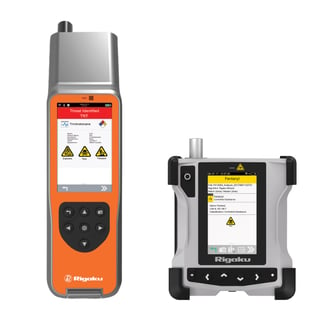